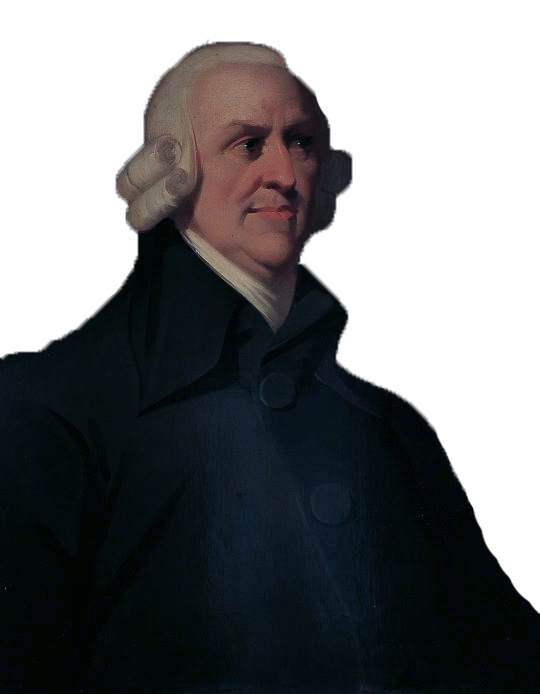 Adam Smith (Economics/1723-1790) was a moral philosopher and political economist, best known for writing The Wealth of Nations (1776). While his contributions to economic thought are widely-regarded as his most notable achievement, Smith himself appears to have preferred his first text, The Theory of Moral Sentiments, in which he hypothesized about mankind’s capacity to make moral judgements. Smith’s work contributed to the development of classical economic thought during the Enlightenment, and he is also credited with conceptualizing the modern free market and the division of labor. The phrase “the invisible hand,” frequently used to describe an unseen force that helps market supply and demand maintain equilibrium, was also coined by Smith.