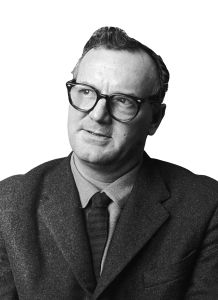 C. Wright Mills (Sociology/1916-1962) was an American sociologist who believed that the field of sociology should be used to promote social change. He explored issues of work, social class, and public policy in mid-20th century America in his books The New Men of Power: America’s Labor Leaders (1948), White Collar(1951), and The Power Elite (1956). His 1959 book The Sociological Imagination remains a major contribution to the discipline. After visiting Cuba in 1960, he published Listen, Yankee, his account of the Cuban revolution led by Fidel Castro. According to Mexican writer Carlos Fuentes, Mills was “true voice of North America, friend and companion in the struggle of Latin America.”