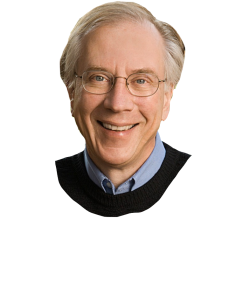 Thomas Cech (Chemistry/1947- ) is an American chemist known for his studies on the characteristics of RNA within the nucleus of cells. After earning his B.A. from Grinnell College in 1970, the Iowa City native went on to complete his PhD in Chemistry at the University of California, Berkeley. Upon finishing his studies, Cech has had a long and productive career studying the transcription of genetic code into RNA strands. Cech’s most notable accomplishment occurred in 1982, when he and Sidney Altman became the first people to demonstrate the catalytic functions of RNA molecules. These breakthrough discoveries ultimately culminated in Cech and Altman receiving the 1989 Nobel Prize in Chemistry.