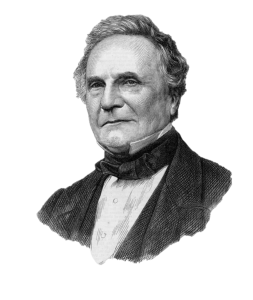 Charles Babbage (Computer Science/1791-1871) was an English mathematician, philosopher, inventor, and mechanical engineer. Babbage originated the concept of a digital programmable computer. He played a large role in the creation of the Astronomical Society and was elected a Fellow of the Royal Society. He also created the first successful automatic calculator. In 1821, he invented the Difference Engine, an automatic polynomial calculator, which had room for improvement and led him to create an improved version, his Analytical Engine.