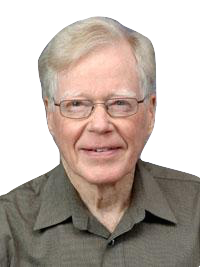 George Drake (1934- ) is one of the most beloved presidents, professors, and graduates in the history of Grinnell College. After graduating from Grinnell in 1956, Drake received his PhD. in church history from the University of Chicago which he parlayed into being appointed the dean of Colorado College. In Drake’s own words: “This was the late ’60s, the president thought a young guy might understand what these kids are doing. The student revolution and so on” (qtd in Portrait of a Teacher). After holding that position for some time, he returned to Grinnell to serve as president in 1979. He held that position until 1991, teaching British history concurrently, and he still teaches the occasional class to this day. Grinnell’s public library was dedicated to George Drake and his wife Sue in 2009.