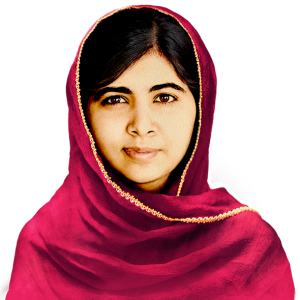 Malala Yousafzai (Peace and Conflict Studies/1997-) is a human rights advocate who rose to prominence after an attempted assassination by a Taliban gunman. She has spoken out for women’s education under Taliban rule in Pakistan. She received the Nobel Peace Prize in 2011, and her autobiography, I Am Malala, was published in 2013. Malala is currently studying Philosophy, Politics, and Economics at Oxford University.