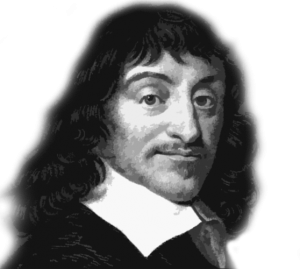 René Descartes (Philosophy/1596-1650) was a French philosopher. Often hailed as the father of modern philosophy, several of his works have left a lasting impact on society, such as Meditations on First Philosophy, which is still taught at schools today. Descartes’ most iconic contribution to society is the Mind-Body problem, which has been immortalized in the quote “I think, therefore I am.” Descartes examined the existence of a connection between the body and mind in Passions of the Soul and The Description of the Human Body. He changed the direction of Western Philosophy and influenced several notable thinkers, such as John Locke and Baruch Spinoza.