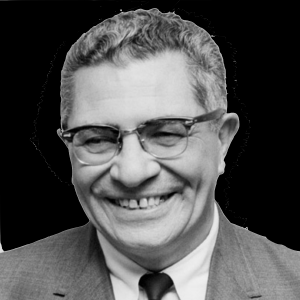 Vince Lombardi (Physical Education/1913-1970) was head coach of the Green Bay Packers from 1959-1967. Growing up in Brooklyn with Italian immigrant parents, Lombardi played football and other sports. After attending Fordham University, he began coaching football at various high schools before coaching at his college alma mater and then West Point. He worked as an assistant coach for the New York Giants, and then became the head coach for the Green Bay Packers. He then led the Packers to five total NFL Championships in seven years and helped them win the first two Super Bowls in 1966 and 1967. Lombardi was inducted into the Football Hall of Fame, and the NFL’s Super Bowl Trophy is called the Vince Lombardi Trophy.