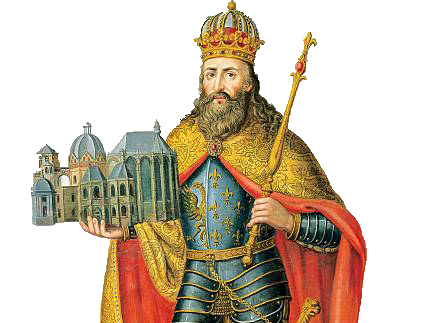 Charlemagne (European Studies/c.747-814) founded the Holy Roman Empire and the Carolingian dynasty, earning him the title of “The Father of Europe.” Charlemagne became king of the Franks in 768, and expanded his territories to include much of modern day France, Belgium, Germany, and northern Italy. He became king of the Lombards in 774 and was crowned Imperator Romanorum (“Emperor of the Romans”) by Pope Leo III on December 25, 800, having unified much of Western and central Europe under his rule. In addition to being an effective military strategist and administrator, Charlemagne helped inaugurate the Carolingian Renaissance, a period that saw a renewed flourishing of scholarship, art, architecture, and literature in medieval Europe.