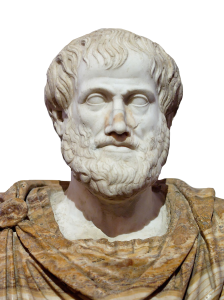 Aristotle (Classics/384-322BC) laid the groundwork for scientific and philosophical investigation in the Western world. He contributed to the fields of physics, rhetoric, logic, and drama, just to name a few. He played a part in the great passing of knowledge, as a student of Plato and the teacher to Alexander the Great. Aristotle was one of the first people to classify human knowledge into fields such as mathematics, biology, and ethics, thus helping create the basis for a diversified liberal arts education. He was also to the first to formalize a system for reasoning.