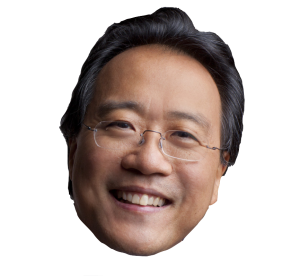 Yo-Yo Ma (Music/1955-) is a world-renowned cellist and musician. Ma was a child prodigy, playing for Presidents Dwight Eisenhower and John F. Kennedy when he was five and seven respectively. His eclectic musical repertoire encompasses everything from American bluegrass to classical Chinese melodies. He has received multiple Grammys for his musical compositions, including for his work with the Silk Road Ensemble. He received a Kennedy Center Honor in 2011.