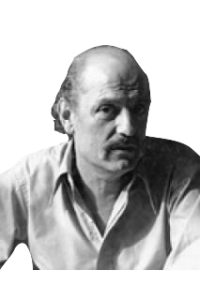 Ángel Rama (Latin American Studies/1926-1983) was a Uruguayan writer. He was a part of the modernisimo literary movement and is considered part of Uruguay’s “Critical Generation”, a group of influential Uruguayan writers.  Two of his seminal works, Transculturacion narrativa en America Latina (Narrative Transculturation in Latin America, published in 1982), and Las mascaras democraticas del modernism (The democratic masks of modernism, published in 1985), remain keystones of Uruguayan literature. He also examined the power of written discourse in the historical formation of Latin American societies in his posthumously released book, The Lettered City (published in 1984.) His analysis of varied sources of Latin American literature played a crucial role in the development of the concept of transculturation. He lived in exile after the coup d’état of the Uruguayan government in 1973, and he spent the rest of his life in exile until his death in a plane crash in 1983.