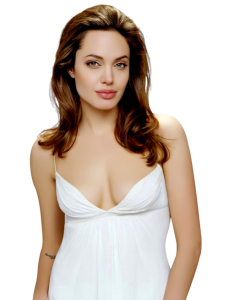 Angelina Jolie (Global Development Studies/ born 1975) is an American actress and humanitarian. She originally rose to prominence after starring in a series of movies in the late 90s and early 2000s, such as Girl, Interrupted (for which she earned an Academy Award) and Lara Croft: Tomb Raider. Her involvement with the world of Humanitarianism started in 2001, and from then she has involved herself with a number of different organizations, such as the Office of the United Nations High Commissioner for Refugees and several causes, such as child immigration and education. The UNHCR made her a goodwill ambassador in 2001, and she was made a special envoy in 2012, allowing her to travel the world and meet with displaced people and refugees. She received the first ever Citizen of the World Award  from the United Nations Correspondents Association and the Global Humanitarian Award from the United Nations Association of the USA for her work with UNHCR.